Africa is home to a number of widely differentiated fintech centres. Some of these African fintech hubs, such as Nigeria or South Africa, have emerged as dominant destinations for fintech in the continent. Many others, however, remain small but interesting spaces to watch.

Apart from Nigeria and South Africa, Kenya, Ghana, Egypt, and Uganda have all seen success with a growing fintech sector. A majority of the continent’s fintechs come from these countries, and a large chunk of the investor dollars in the continent also land up in these African fintech hubs.

This doesn’t mean that Africa’s smaller economies are being left behind, however. Many of them are investing efforts in building their nascent fintech sectors, and are starting to see some early results as well.

Here’s a look at four emerging African fintech hubs, and the fintech initiatives that are underway in these countries. 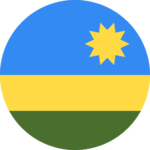 Fintech startups grew at 3x in Rwanda between 2014 to 2019, while payments and lending emerged as the top sectors by number of startups.

This is according to a 2019 UNCDF report which suggested that fintech in Rwanda was a small but burgeoning startup space.The report noted that there were a total of 44 fintech startups in Rwanda, from 17 in 2014.

In fact, a C-suite exec from the Kigali International Financial Centre (KIFC) has gone on record to say that fintech was top of the agenda in the country. “Fintech is a priority for Rwanda,” Ntoudi Mouyelo, CIO at Rwanda Finance (the government agency behind the KIFC) told New African Magazine.

The article highlighted other regulatory pushes for fintech in Rwanda, including innovation communities such as the Rwanda Fintech Association, a sandbox regulatory framework for fintechs, and the Rwanda Payment System Strategy 2018–2024. 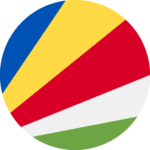 Reports suggest that Seychelles is expected to have its financial system almost entirely digitised by 2023, in line with strategic imperatives of the Central Bank of Seychelles (CBS).

The CBS received cabinet approval for its financial technology strategy, which aims at eliminating the use of physical cash, in August this year. The three pillars of the strategy include the establishment of digital infrastructure, legal aspects, and the fintech ecosystem, including government and private fintech services, and funding and skills development.

The Financial Services Authority (FSA) in Seychelles has also put a cross-border regulatory sandbox in place to drive innovation across fintech-related financial services. The sandbox is part of the Global Financial Innovation Network.

The country is popular for crypto transactions — in H1 last year, 31% of the global BTC transfer volume originated in Seychelles. International trade routes between Seychelles and the EU, the US, and South Korea each produced volumes surpassing US$2 billion.

Seychelles also debuted on the Findexable’s Global Fintech Rankings Report this year, becoming one of seven new additions from Africa on the list. 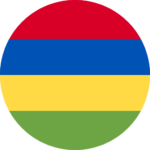 The Finance (Miscellaneous Provisions) Act 2021, officially published in August this year, makes way for multiple initiatives to boost the fintech sector in Mauritius. This includes regulatory sandbox authorisations, a fintech innovation hub and digital lab, and provisions to prevent the counterfeiting of digital currency.

In the 2021/2022 budget, the Mauritian government also outlined new initiatives, including an Open Lab for banking and payment solutions by the Bank of Mauritius, a Mauritian central bank digital currency (CBDC), the Digital Rupee, a new legislation for virtual assets, and a dedicated QR code for mobile payments, amongst others. 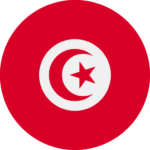 In 2020, the Central Bank of Tunisia (CBT) officially launched a regulatory sandbox for fintech companies to test their solutions in a controlled environment. Tunisia’s Minister of Communication Technologies and Digital Economy Anouar Maarouf said that the sandbox was an opportunity for fintech companies to “promote a financial services’ offer adapted to the needs of the market.”

Other initiatives in Tunisia, such as its 2018 Startup Act, and the La Poste Tunisienne (Tunisian Post) service, provide further support to the growth of its fintech ecosystem.

The French central bank Banque de France (BOF) also recently conducted a cross-border CBDC experiment with the CBT as steps towards “a better inclusion of the Tunisian diaspora in Europe.”