Mauritius Government Ramp up Effort to Building up Fintech Ecosystem

Striving to become a hotbed for fintech innovation, Mauritius’ Budget 2021-2022 has laid out a series a new measures to stimulate further growth in the sector.

These measures include the setting up of an Open Lab by the Bank of Mauritius (BoM) for banking and payment solutions, as well as the establishment of Fintech Innovation Lab by the Financial Services Commission (FSC) to encourage an entrepreneurship culture.

BoM will also be rolling out, on a pilot basis, the Digital Rupee, a retail central bank digital currency (CBDC).

BoM governor Harvesh Seegolam indicated in August that the central bank had benefited from assistance from the International Monetary Fund (IMF) for the design of the CBDC. He said he hoped for the CBDC to help boost innovation, products and services, as well as reinforce the anti-money laundering (AML) framework.

Mauritius has been so far welcoming towards cryptocurrencies and digital assets, creating a licensing regime for custodians and issuing guidance on security tokens in 2019. 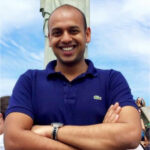 A new legislation for virtual assets is currently in the works and will soon be enabled by the Parliament, Faraz Rojid, head of the Financial Services Department at the Economic Development Board (EDB) of Mauritius, said during the Africa Fintech Festival in June.

“The new legislation will also take into account the ever-changing landscape when it comes to anti-money laundering and the combating of financing terrorism activities,”

The government is also working on the launch of a dedicated QR code to facilitate mobile payments, a move that comes on the back of rapid adoption of digital payments. 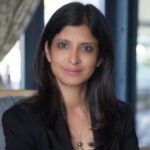 Priscilla Balgobin-Bhoyrul, senior partner at Dentons Mauritius, said in a recent interview with Mauritius Finance that mobile money, online banking and contactless payments gained significant traction during the beginning of the pandemic but have since become entrenched in people’s lives.

These new measures announced by the government will further fast-track payment innovations as digital payments continue to take a life of their own, she added.

Another notable milestone from the central bank to promote real-time payments, she pointed out, is the implementation of the Mauritius Central Automated Switch (MauCAS), which makes banking, e-commerce, and mobile payments inter-operable.

In parallel, the Mauritius government is actively building ties with other jurisdictions, inking fintech cooperation agreements with France and Kenya. 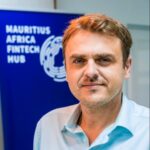 These are all part of Mauritius’ ambition to not only develop its local fintech ecosystem but also “integrate [its fintech ecosystem] into the [broader African] continent through open collaboration and working with various ecosystems in Africa and the rest of the world,” Michal Szymanski, CEO of industry trade group Mauritius Africa Fintech Hub, said during the Africa Fintech Festival 2021.

There is no official figures on the domestic fintech ecosystem but a paper by Switzerland Global Enterprise suggests that a number of successful fintech businesses from other parts of the world have set up shop in Mauritius, using the island nation as a stepping-stone to other Africa countries including South Africa, Kenya and Nigeria.

These new developments built upon earlier initiatives by the Mauritius government to foster fintech innovation. In 2016, the island nation introduced the Regulatory Sandbox License, allowing entities to carry out their fintech products even if there is no legal framework for these activities.

Since its launch, ten licenses have been granted to fintech projects by the National Regulatory Sandbox License (NRSL) Committee.