Pan-African cross-border payments company Chipper Cash has secured US$150 million in an extension to its Series C, TechCrunch reported.

The round was led by Bahamian-based cryptocurrency exchange FTX. This is FTX’s first investment play in Africa.

New investors also took part in the round but were unnamed, the report said.

The Series C extension comes on the heels of the company’s US$100 million Series C fundraise in May this year, led by SVB Capital.

The company also started offering a UK-Africa payments corridor this year, as well as a US-Africa corridor (currently available in select markets). The US-Africa corridor was launched just about a month ago, while the UK service went live in August.

It also secured a partnership with social media network Twitter for its Tip Jar creator monetisation solution. Chipper Cash is Twitter’s chosen provider for Tip Jar in Africa, with plans in place for a Tip Jar integration for US users next year, the report said. 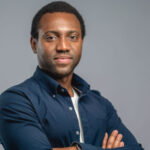 “In recent months, we’ve launched in South Africa, Ghana, and the UK. And we’ll be rolling Chipper Cash into other markets in the coming months. We’ve also launched the Chipper VISA card in Nigeria and will be expanding the product across the continent,”

Moujaled said in a company blog.

With the extension round, Chipper Cash’s total funding pool has crossed US$305 million, with a valuation of nearly 7x as much. The company is now valued at US$2 billion, TechCrunch reported.

This makes it the latest amongst a string of fintech unicorns that have been popping up in the continent. Other unicorns in Africa with a similar valuation include Senegal’s Wave and Nigeria’s OPay, both of which provide mobile money solutions.