Nigerian mobile payments platform OPay has raised US$400 million in funding from SoftBank, Bloomberg reported. The investment was made from SoftBank’s US$40 billion investment vehicle Vision Fund 2.

The 2018-founded Nigerian fintech is looking to expand its footprint across Africa and the Middle East, the report said. 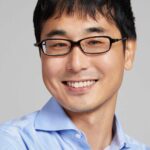 “We believe our investment will help the company extend its offering to adjacent markets and replicate its successful business model in Egypt and other countries in the region,”

OPay is now one of Africa’s five tech unicorns

The investment is SoftBank’s first play into the African startup scene, and brings OPay’s total capital pool to US$570 million according to data on Crunchbase. It also takes the startup’s valuation to US$2 billion, making OPay one of the African continent’s five tech unicorns. With the fundraise, OPay now joins the ranks of Flutterwave, Jumia, Interswitch and Fawry.

OPay has previously raised a Series A for US$50 million in 2019. The round was led by Sequoia China, IDG Capital and Source Code Capital. It also raised US$120 million in its Series B in the same year from Chinese investors.

However, the company closed its ride-hailing and logistics businesses due to a government ban on motorbike taxis in Nigeria, and the COVID-19 pandemic.