U.S. and Senegal-based mobile money provider Wave has raised a substantial US$200 million in a Series A fundraise, TechCrunch reported.

This makes the company the first unicorn for the Francophone Africa region, with the Series A being the largest ever to come out of the region. It values Wave at US$1.7 billion.

Both Founders Fund and Stripe are also existing investors in the company, having participated in a seed round. Total funding details have not been confirmed by the company, but one report suggests it had raised a total of US$13.8 million prior to the Series A.

With a presence in Senegal and the Ivory Coast, Wave will look to expand its presence in these two markets with the fundraise, and grow its product, engineering, and business teams.

The company is also looking to expand to regulatory-friendly countries such as Uganda. 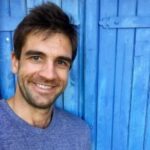 “We have a lot of licenses that are in progress, and we’ll try to prioritise the countries where we’re able to get started sooner over the ones that it takes longer,”

Co-founder and CEO Drew Durbin said in the report.

Wave was founded as a remittance fintech startup Sendave in 2014, providing remittance services from North America and Europe to select locations in Africa and Asia. It was then acquired by WorldRemit in a US$500 million cash and stock deal.

While this was happening, Sendwave’s team was also working on a mobile money product, the TechCrunch report said. The product was piloted as Wave in 2018, and after the acquisition of Sendwave by WorldRemit, founders Durbin and Lincoln Quirk shifted gears to building Wave instead.

Startups like Wave are disrupting mobile money in Africa

Mobile money has emerged as an alternative to fill the gap in access to traditional banking, in a continent where 57% of the population remains unbanked.

There were 562 million registered mobile money accounts in Africa last year, according to a 2021 GSMA report. That’s over half a billion accounts in a population of 1.2 billion in 2020. Meanwhile, the number of banked adults is not expected to cross that mark at least until 2023.

These mobile money accounts drove a transaction value of US$495 billion last year. A bulk of this is concentrated along the East and West coasts.

The mobile money landscape in Africa is largely dominated by telecoms companies such as Airtel Africa, which recently received a cash infusion of US$200 million for its mobile money business.

Both OPay and Wave join Africa’s growing list of fintech unicorns, which includes Flutterwave and Interswitch, alongside listed companies Jumia and Fawry.