Tanzania to Soon Have a Central Bank Digital Currency

The Bank of Tanzania, the country’s central bank, has announced plans to introduce its central bank digital currency, Bloomberg reported.

The central bank is looking to bolster the capacity of its officials on central bank digital currencies, as well as its research capabilities in this space, the report cited central bank Governor Florens Luoga as saying. Elsewhere, Tanzania’s cautious stance towards cryptocurrencies remains in place, Luoga added. 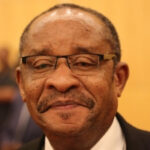 Luoga also said, according to the report.

The currency launched with 33 banks, 2,000 customers and 120 merchants already registered on its platforms. At the time of launch, eNaira worth NAR 200 million had been issued to financial institutions.

However, the eNaira has been beleaguered with problems concerning its transferability and interoperability. These issues remain in the context of relatively low smartphone penetration in the country, and the fact users will need to visit banks to transfer cash into their eNaira wallets (which defeats the purpose of financial inclusion).

A number of other African countries are also exploring the idea of launching a central bank digital currency. South Africa is currently at the pilot stage of two such trials, Project Khokha 2 and Project Dunbar. Mauritius is finalising position papers on its digital currency. Ghana is currently building the infrastructure for its eCedi.

Other countries such as Egypt, Eswatini, Rwanda, Kenya and Tunisia are also at different but early stages of setting up a digital currency.