Cairo-based CreditFins, a credit card management fintech, has raised an undisclosed amount in pre-seed funding, the company announced. The round was led by Flat6Labs, AUC Angels, TA Telecom Holding, and other strategic tech angel investors, the company said.

Meanwhile, CreditFins also graduated from the 16th cycle of Flat6Labs’ Cairo Seed Program, alongside seven other digital and tech startups, according to an announcement today. Each of the graduating startups received seed funding of US$31,800 to US$47,700, in exchange for an equity stake of up to 10%.

The company focuses on enabling users to pay their credit card bills with savings. Users can repay credit card debt in monthly instalments, and save anywhere between 20% to 50% in interest payments.

The company also has plans to launch its “CreditFins Alpha” card, equipped with additional features, and targeted at a wider customer base. 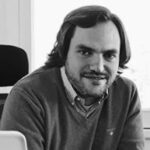 At CreditFins, we work with our customers to  settle the debt they have in a faster and cheaper way, along with providing them with financial information and empowering them with the right tools to be financially liberated,”

According to the Central Bank of Egypt, there were over three million credit cards in circulation in Egypt, as of December 2020. While the transactions market remains cash-dominated in Egypt and card penetration is low, credit cards accounted for 73.8% of the total card payment value in 2020. At the same time, however, card payments, and not cash, are the most popular payment method elsewhere in the MEA region.

CreditFins continues trend of early stage ticket sizes of less than US$500,000

According to a recent report by MAGNiTT, VC investments in Egyptian startups grew by 29% year on year in the first half of 202, and accounted for 13% of the total capital raised across the MENA region.

Moreover, every fourth deal in the MENA region went to an Egyptian startup. Ranked amongst the top three MENA countries alongside Saudi Arabia and the UAE, Egypt was the only country to see its deal counts increase year on year.

Meanwhile, early stage rounds of less than US$500,000 grew by 10% between FY 2020 and H1 2021. CreditFin’s seed funding round adds to this trend of lower sized early stage rounds, the company said in its statement.

These Are the 8 Top Funded Fintech Startups in Egypt

Industry Consortium Wants To Strengthen The Fintech Ecosystem In Egypt