Brazilian payments company EBANX announced plans to expand its operations and payments solutions outside Latin America for the first time to Africa, with a focus on South Africa, Kenya, and Nigeria.

The three countries are said to account for 32 percent of Africa’s population, 51 percent of its GDP, and 73 percent of the startup accelerators active in the continent today.

EBANX previously announced that it secured US$400 million in funding from Advent International and an additional commitment of US$30 million for the company’s planned IPO in the United States. 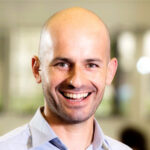 “This is the moment for Africa, and it’s quite reminiscent of the Latin American landscape back in 2012 when EBANX first began its journey by providing global merchants access to sell more goods and digital services via the internet to Latin Americans through local payment methods,” 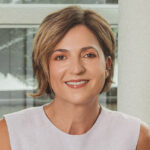 “Expanding our solutions to African countries speaks directly to EBANX’s mission of creating access, and having Pipefy as a merchant makes this moment even more special to us, expanding solutions and services throughout regions full of opportunities,”

The 5 Most Popular Fintech Startups in South Africa 2021