Specialist development agency Financial Sector Deepening (FSD) Africa is set to be launching its insurtech accelerator program in Ghana and Nigeria in 2022. The agency will be launching its BimaLab Insurtech Accelerator Program in the two West African countries next year, according to TechCrunch.

FSD Africa was established in 2012 and is supported by UK aid.

The agency also has plans to create access to venture funds and grants for early stage insurtech startups, aside from an online networking platform for founders, the report said. Currently, FSD Africa is working with a total of eight insurance regulators including regulators from Ghana, Malawi, Nigeria, Rwanda and Tanzania, for its plans. 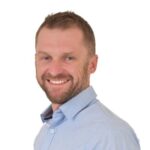 “The insurance industry has been slow to innovate compared to the rest of the financial sector, yet Africa is experiencing a huge protection gap,”

The insurance market in Africa is positioned at the extreme ends of the adoption spectrum, as a McKinsey report points out. While the insurance market is fairly established in South Africa, other markets lag far behind. South Africa accounts for 70% of total premiums in the continent. In other regions of Africa, including Francophone and Anglophone Africa, share of premiums stand at single digit figures.

Overall, insurance penetration in Africa as a percentage of GDP is just half the world average. However, many African countries have seen their insurance markets grow by double-digit CAGRs in the past few years. Especially in Nigeria and Ghana, commercial insurance is expected to deliver on strong growth prospects.