Last week was a big one for Africa fintech news, especially in Nigeria. The country’s fintech sector made it to the headlines, not once but twice. And both times were pretty scandalous.

Here’s your weekly round up of Africa fintech news

Four Nigerian fintechs are in the CBN’s cross hairs

In a dramatic announcement, the Central Bank of Nigeria froze the accounts of Risevest, Bamboo, Trove and Chaka for six months through an ex parte motion was approved by the Federal High Court in Abuja (Techcabal).

Michael Aondoakaa (SAN) filed the motion on behalf of the Central Bank Of Nigeria Governor, on allegations of illegal forex trading.

Apart from operating as asset management companies without a licence, the companies were allegedly responsible for “utilising FX sourced from the Nigerian FX market for purchasing foreign bonds/shares in contravention of the CBN circular referenced TED/FEM/FPC/GEN/01/012, dated July 01, 2015.”

The allegations suggested that the forex deals by the four companies weakened the Nigerian Naira.

All four companies are licensed by Nigeria’s Securities and Exchange Commission to operate as digital platforms for buying and selling stocks.

The leaked bill has led to raised eyebrows concerning the ease of doing business in Nigeria. Several sections give the NITDA the power to make harsh decisions.

For instance, it allows the NITDA to “enter premises, inspect, seize, seal, detain and impose administrative sanctions on erring persons and companies who contravene any provision of the Act subject to the order of a court of competent jurisdiction” (Techpoint Africa).

It is unclear how the leaked bill was leaked, and by who.

Other Africa fintech news at a glance

On a more optimistic note, Africa-focused fintech Pngme fetched US$15 million in a Series A to grow its financial data infrastructure and machine learning-as-a-service platform (Fintech News). The round was led by London-based VC fund Octopus Ventures, with at least 12 other participating investors.

Elsewhere, Kenya’s customer loyalty startup CashBackApp raises US$475,000 in a pre-seed fundraise to scale its business in Kenya (Disrupt Africa). The round was raised from investors from Nigeria, Kenya, the US and the UK.

And finally, the Abu Dhabi Global Market’s global startup tour The Search had its second stop in Africa (Fintech News). Winners Ewarren, Franc and Motito will join Stop 1 winners Emata and Lami at the Fintech Abu Dhabi festival this year, alongside other global winners.

That wraps up your weekly Africa fintech news roundup. Subscribe to the Fintech News Africa newsletter for more top updates on African fintech.

CapitalSage Technology Picks Up U$4 Million Debt for Expansion 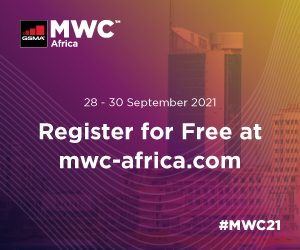