In 2021, African fintech startups raised a new all-time high of US$2 billion, surpassing the previous record of US$773 million raised in 2018 by 159% and overshadowing 2020’s figure of US$230 million by a staggering X8, new data from Crunchbase show. 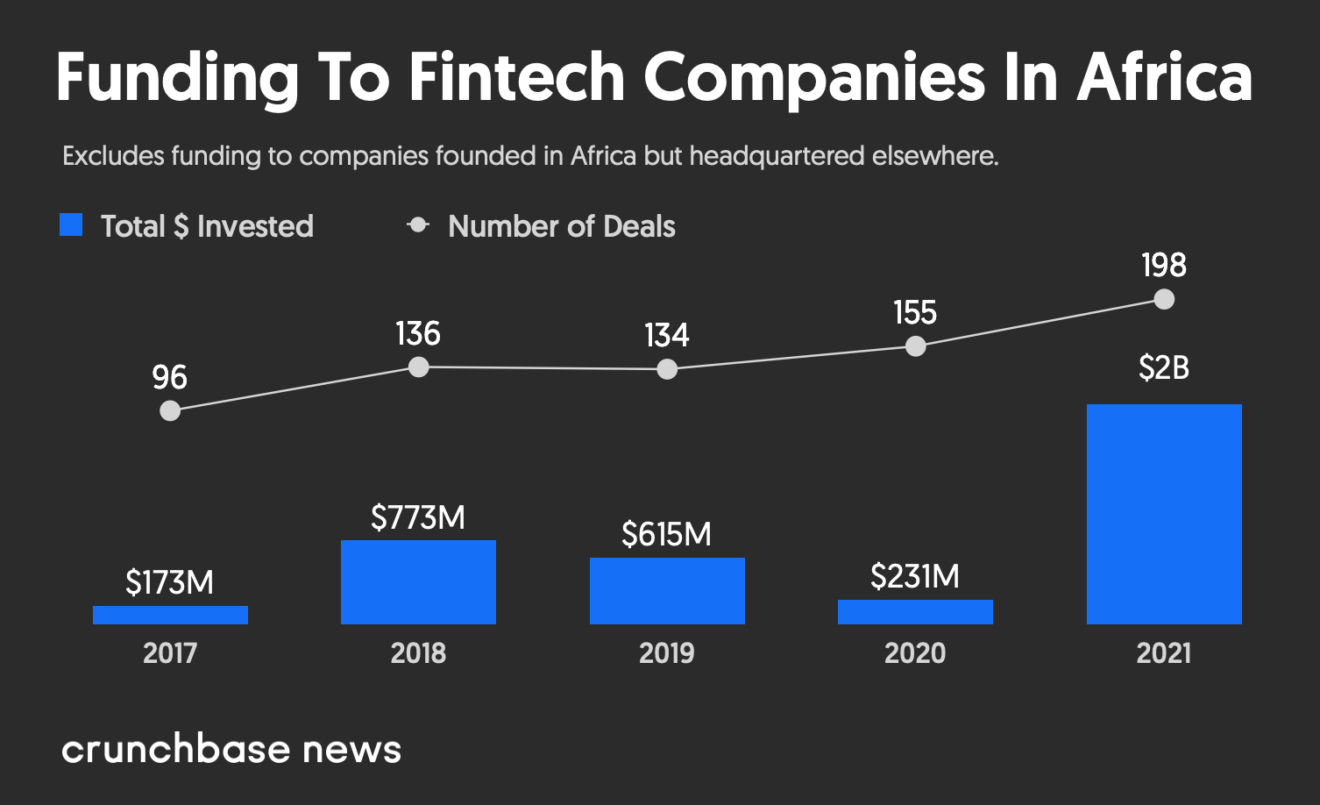 2021’s sum, which excludes funding raised by African born startups but which are now headquartered overseas (e.g. Flutterwave and Chipper Cash), is reflective of the global surge in fintech funding observed last year during which fintech companies raised a whopping US$132 billion, more than double the 2020 figure.

In terms of funding sources, 2021’s fintech funding activity in Africa was largely driven by foreign investors, with the US-based venture capital (VC) funds accounting for over a third of investment into Nigeria, according to KPMG’s Pulse of Fintech H2’21 report. Large corporates also participated with Visa and Fidelity, for example, taking stakes into Jumo.

Consolidation on the horizon in payment space; lending, SME finance as next growth areas

Though 2021 was a record year for fintech investment in Africa, the trend is showing no sign of slowing down, KPMG says, arguing that as smartphones continue to spread and as COVID-19 spurs digital adoption, the use of fintech services will only rise.

Digital payments and money transfers will continue to be a key area of focus for investors amid promising growth prospects in areas including remittances. During COVID-19, many African migrants were pushed towards digital transfer services, a shift which many industry executives believe will likely last as digital remittance services are typically cheaper, faster and safer than informal networks.

Alongside consumers, small and medium-sized enterprises (SMEs) are another promising market, especially when it comes to equipping merchants with the tools to accept digital payments, and other solutions to help them better manage their finance and access funding, KPMG says.

Another growth area is lending where artificial intelligence (AI), machine learning (ML) techniques and alternative data are providing fintech companies with the ability to assess the credit worthiness of those excluded from the formal banking industry.

Moving forward, KPMG expects Africa’s fintech industry to continue maturing with more development in areas that have so far remained largely untapped including wealthtech and insurtech. In the payment space, consolidation is on the horizon as fast-growing and well-funded startups continue to scale and eventually end up snapping up smaller players.