Here are the Top 5 Fintech Startup Funding Rounds in Nigeria

Nigeria is home to the largest number of startups and startup funding rounds in the last decade in Africa with 383 startups securing over US$2 billion from 2015 to 2022 — a large part of which involve fintech startups, according to the latest Disrupt Africa Nigerian Startup Ecosystem Report.

At least 481 tech startups were in operation across Nigeria as of September 2022. Fintech startups accounted for one-third of them, employing 8,653 people at an average of 50 per startup. 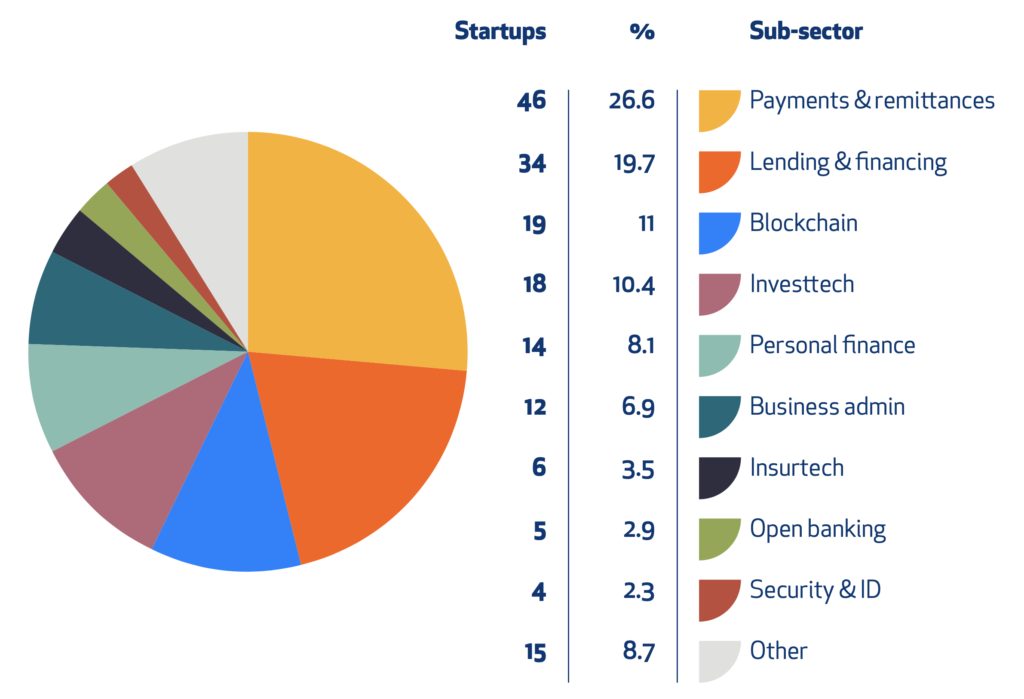 Funding, both in terms of the number of startups backed and the total tally secured, has generally increased year-on-year, with total investment increasing more than four-fold between 2020 and 2021.

Nigerian fintech startups are also on course for a big leap in 2022 having attracted US$507 million so far, accounting for 67.8 per cent of the country’s total funding for the year to date. 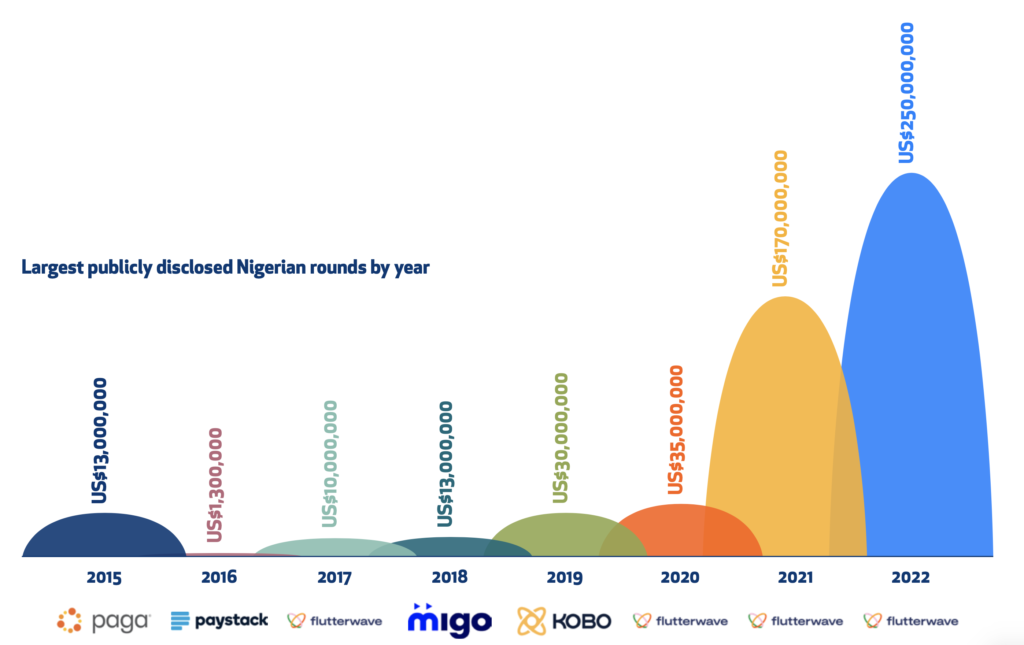 Flutterwave tops the list of largest disclosed rounds for a third consecutive year having bagged a US$250 million Series D in February.

Flutterwave is a payments infrastructure company. Founded in 2016, the company has processed some US$2 billion in payments and 25 million transactions in the 33 African countries where it operates.

The company first raised a US$50,000 seed round in May 2016, followed by additional rounds including a US$230,000 round from investors such as Y Combinator and Social Capital.

The company became a unicorn in March 2021 when it raised a US$170 million Series C round led by Avenir Growth Capital and Tiger Global at a valuation of over US$1 billion.

Flutterwave then raised a US$250 million Series D in February 2022 at a valuation of over US$3 billion in a round led by B Capital Group.

Paga is a mobile payments company for individuals and businesses to digitally send and receive money. Founded in 2009, the company has 19 million unique users and processed over US$10 billion.

Paga first raised a US$700,000 seed round from angel investor Tim Draper in 2010. It then received a US$2 million grant from financial sector development organisation EFInA in 2012.

The company also raised US$9 million the same year in a Series A led by Adlevo Capital with investors such as Omidyar Network and Acumen.

Paga’s last disclosed rounds were a US$13 million Series B — the largest funding round in 2015 — led by Adlevo Capital, and a US$10 million Series B2 led by the Global Innovation Fund in 2018.

Founded in 2015, the company received its first US$120,000 cheque from Y Combinator in March 2016. It then raised a US$1.3 million seed round in December led by Tencent, which was also the largest funding round in Nigeria that year.

Migo is an embedded lending platform that enables businesses to extend credit to consumers and small businesses in their own apps.

Founded in 2014, the company raised US$938,000 from XSeed Capital and US$2.2 million in a seed round led by First Ally Capital the same year.

Kobo360 is a logistics platform that connects cargo owners to trucks and drivers, as well as provides insurance and credit services for vendors in its ecosystem.

The company started with a US$1.2 million pre-seed round in 2018, followed by several seed rounds from investors such as Y Combinator and the International Finance Corporation the same year.

Kobo then raised a US$30 million Series A comprising US$10 million in debt financing and US$20 million in equity funding in a round led by Goldman Sachs in 2019, which was also the largest funding round in Nigeria that year.