2021 was a blockbuster year for investment in African fintech startups, with a whopping US$1.6 billion invested across 153 deals. The figures represent two times the value of 2020 (US$800 million), and a 50% increase in transaction numbers, data from KPMG’s Pulse of Fintech H2 2021 report show.

Booming funding activity on the continent in 2021 pushed valuations to new heights, turning at least three fintech startups with African origins into unicorns: Flutterwave, a payment services provider from Nigeria, closed two mega-rounds in 2021 and is now valued at US$3 billion; OPay, a mobile money provider from Nigeria, is worth a reportedly US$2 billion; and Wave, a mobile money solution from Senegal; crossed the billion-dollar mark in September and is now valued at US$1.7 billion.

This year, a new wave of fintech leaders is emerging and attracting investors’ interest for their potential in tackling some of the region’s biggest challenges, including financial exclusion.

Axel Peyriere, a tech entrepreneur and investor, identifies six up-and-coming fintech startups from Africa that are well en route to reaching unicorn status. These so-called fintech soonicorns recently secured notable rounds of funding and have a valuation of US$500 million and up. 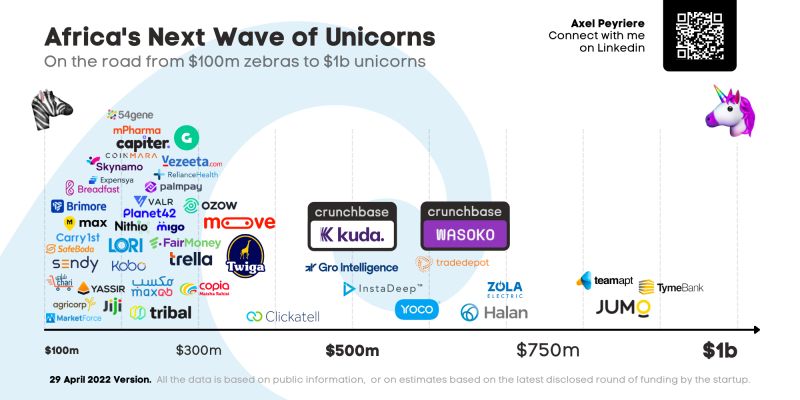 TymeBank does not have any physical bank branch and relies on its mobile banking apps, Internet banking site and a partnership with retail chains to host a national network of self-service kiosks that facilitate the account opening process.

TymeBank is part of TymeGlobal, a digital banking company based in Singapore which also operates the GoTyme brand, a forthcoming digital bank in the Philippines.

According to Peyriere, TymeBank is valued at about US$900 million. The company closed a US$180 million Series B in December 2021 to fund GoTyme, improve the company’s ability to manage risk and support its expansion into new markets.

Headquartered in Cape Town, Jumo offers savings and credit products to entrepreneurs in emerging markets, as well as financial services infrastructure to partners such as e-money operators, mobile fintech platforms and banks.

Active in seven markets, namely Ghana, Tanzania, Kenya, Uganda, Zambia, Cote d’Ivoire and Pakistan, Jumo claims it has been used to make 120 million loans, totaling over US$4 billion in funds to more than 19 million individuals and businesses.

Jumo closed its latest funding round in November 2021, a US$120 million round that brought its total equity and debt to more than US$200 million. The company is now valued at about US$850 million, according to Peyriere.

TeamApt is a Nigerian fintech startup building financial platforms for businesses and providing them with payments and banking services, credit as well as business management tools.

TeamApt claims it has Nigeria’s largest payments distribution network, with over 200,000 businesses onboarded on its platforms Moniepoint, a business banking offering, and Monnify, an enterprise software suite for small business management, and processes north of US$6 billion monthly.

TeamApt is valued at around US$800 million, according to Peyriere. The company has been reportedly looking to raise about US$150 million at a value of more than US$1 billion, Bloomberg reported in November 2021.

The company says it serves over 4 million customers in Egypt, of which 1 million are monthly active users. It has disbursed over US$1.7 billion worth of loans to 1.8 million borrowers since inception and claims to process US$100 million monthly

MNT-Halan raised its latest funding round in September 2021, closing a US$120 million round that brought its total funding to US$146.4 million. According to Peyriere, the company is valued at around US$700 million. 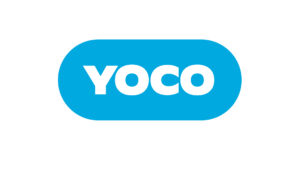 Founded in 2015 and headquartered in Cape Town, Yoco is a payments and software company. It serves small businesses in South Africa, providing them with a payment suite for them to accept digital payments, card payments, as well as easily track and reconcile all invoices and payments whether in-person or online.

Since launching in late 2015, Yoco has grown into one of the largest independent point-of-sale payments companies in the market, with a merchant base of over 200,000. Yoco claims to process more than US$2 billion in card payments per year.

Yoco has raised US$107 million in funding, and is valued at around US$600 million, according to Peyriere. The company raised US$83 million in its latest funding round back in July 2021, which it said it would use to accelerate product development and expand its market presence beyond South Africa.

Founded in 2016, Kuda is a London-headquartered startup and digital-only bank operating in Nigeria. The company provides a mobile-first, full-service bank platform designed to assist consumers in smartly budgeting, saving and spending.

Kuda is Nigeria’s first mobile-only bank licensed by the Central Bank of Nigeria (CBN), and it is currently licensed for microfinance and mobile banking services. The company claims more than 2 million customers.

In August 2021, Kuda raised a US$55 million Series B funding round at a US$500 million valuation. The bank has plans to launch into more countries on the continent soon.