South Africa-headquartered AI-based banking-as-a-service platform Jumo announced in a statement that it has raised US$120 million from new and existing backers.

The round was led by Fidelity Management & Research Company, an investment advisory firm owned by the Johnson family, who run the Fidelity empire. This marks the firm’s first venture investment in an emerging markets-focused fintech company, the statement said. Visa and Kingsway also participated in the round.

The round raises Jumo’s total funding to about US$200 million so far. Its previous backers include Leapfrog, Goldman Sachs, Finnfund, Proparco, Vostok Emerging Finance and Brook Asset Management.

Funding will be used to scale platform capacity and increase its SME offerings, provide merchants and enterprises with longer term lending options, and expand into new markets including Nigeria and Cameroon.

The startup was founded in 2015 in London. It provides end-to-end banking infrastructure, including core banking, underwriting, KYC, and fraud detection. It also offers AI-powered data capabilities to manage the cost and risk of lending.

Jumo is built for emerging markets

Jumo has a presence in a number of African markets – namely, Ghana, Tanzania, Kenya, Uganda, Zambia, and Côte d’Ivoire – as well as Pakistan.

Assets under management on the platform have surged 160% over the last two years, the company said in the statement. A total of 120 million loans, valued at US$3.5 billion, have been disbursed to over 18 million consumers and small businesses in its markets.

With a capacity to disburse US$29 billion a year, Jumo is looking to increase its annual lending volume to US$40 billion next year. 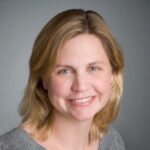 “Jumo’s lending platform is highly attractive in its ability to scale across markets and drive financial inclusion by creating access to credit for consumers and small businesses.

We are excited about our investment in JUMO and are looking forward to accelerating adoption of JUMO’s platform across markets and delivering on Visa’s mission of helping Individuals, businesses, and economies to thrive,”