The funding round, which claims to be Egypt’s largest Fintech Series A round so far, was led by Nclude by Global Ventures – the new Fintech fund recently announced by its lead investors Banque Misr, National Bank of Egypt and Banque du Caire – Egypt’s largest national banks – and Global Ventures, a leading MEA focused venture capital firm.

Proceeds will be used to increase market leadership and build out Lucky’s credit capabilities – as customers become more educated and experienced using credit.

Founded in Egypt in 2018 by Momtaz Moussa and Ayman Essawy, Lucky has grown rapidly since inception and has the largest merchant network in Egypt. The Company’s mission is to revolutionize how MENA’s population shops, pays and saves. Lucky brings seamless financial flexibility and increased spending power to MENA, where many consumers have not traditionally had access to credit.

Lucky has over eight million active users and connects them to a growing range of easy-to-use credit products, discounts and cashback rewards, which can be used in person and virtually with tens of thousands of local and global brands. The company has seen 250% year-on-year growth in gross merchandise value, with great feedback, including an App Store award from Apple for best apps in Egypt. It also recently expanded into Morocco and is exploring further regional expansion. 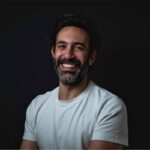 “We are delighted to complete this $25 million fund raise. The MENA region’s huge unbanked, young population and cash-dominated economy is a significant market opportunity for us. With the backing of such esteemed investors, we are perfectly positioned to build on our momentum, cement our position as market leader and expand our current offering.”