South African AI-based insurtech company Naked has clinched an investment of US$11 million, the company announced today. The investment was led by Naspers’ early stage investment fund Naspers Foundry, which committed US$8.3 million to the round.

The round also saw participation from existing backers Yellowwoods and Hollard.

Naked digitises insurance for cars, homes, and valuables using AI and automation. The platform offers lower costs and increased convenience for its users. Users can avail insurance quotes, and switch or pause their cover without having to reach a contact centre agent.

This also results in operational savings that lead to lower premiums, the company said. Naked monetises by charging a flat upfront fee.

The company was founded in 2018, by Alex Thomson, Sumarie Greybe, and Ernest North. All three co-founders are actuaries. 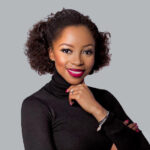 “While this is often due to price, consumer distrust and complexity have led to a misunderstanding of insurance.

Naked’s offering is convenient, transparent and passes the cost savings from its innovative technology on to customers. It improves financial inclusion, in line with Naspers Foundry’s objective of investing in technology businesses that have a positive impact on society,”

Mahanyele-Dabengwa said about the investment.

About 80% of South Africans do not have private health insurance, and 65% of vehicles in the country are uninsured. Meanwhile, individuals below 39 years of age deal with an insurance shortfall of around US$97,400 for life cover, as well as over US$100,000 for disability cover.

Overall, the total insurance gap in South Africa stands at a massive US$2.4 trillion for 15.6 million earning individuals in the country.