Yoco, a payments and software company from South Africa, has raised US$83 million in a Series C funding round, the company announced in a statement. With the funding, Yoco’s total capital pool now stands at US$107 million.

The company noted in the statement that this is the single largest investment to have been raised by a South Africa-based payments company.

The company will use the funds towards growing its financial ecosystem for small businesses, and expand in Africa and the Middle East over the next two years. Over the next four years, the company aims to reach a million merchants. So far, Yoco’s offerings include online and in-store payments, business software and cash advances. The company also has plans to add 200 people to its team in the coming year. 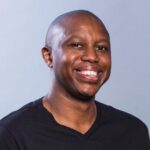 “Working so closely with small businesses during a global pandemic, and in particular through a challenging socio-economic environment in South Africa, we have a firsthand account of how agile these businesses need to be in a rapidly changing world.

Removing barriers and levelling the playing field by creating access to financial tools is a big part of answering these challenges,”

Maphai added that the investment would enable the company to accelerate product development and continue its growth trajectory. Yoco processes over US$1 billion in card payments every year, and provides its services to more than 150,000 small businesses in South Africa.

There are 100 million MSMEs in Africa, and consumer payments are expected to surpass the US$2 trillion mark by 2025. At the same time, only 5% of these transactions are digitised, which is where fintechs such as Yoco come in. Other players in this space include MoneyMatrix, PayGate, Netcash and Peach Payments.