B2B ecommerce and embedded finance platform TradeDepot has raised US$110 million in a Series B equity and debt funding round.

The share of equity funding in the Series B stands at nearly US$42 million, according to TechCrunch. Meanwhile, Arcadia Funds provided the debt facility.

The round will help TradeDepot scale its SME-focused buy now pay later (BNPL) service to five million retailers, and expand its merchant platform across Africa.

More specifically, it will help to support TradeDepot’s ShopTopUp platform, which allows SME retailers to access inventory and pay in instalments. The company uses a proprietary risk scoring engine based on retailers’ purchase history, previous repayment performance and other data points, to assess their creditworthiness.

The Series B by TradeDepot is the largest of its kind

The Lagos-headquartered startup is active in 12 cities spread across Nigeria, Ghana and South Africa. Its financing model and tech platform has enabled retail store owners to grow transaction volumes by 200%, the company claimed.

Founded in 2016, TradeDepot started by providing tech-enabled milk distribution services to small retailers. It has grown to support the distribution of food, beverages and personal care products. 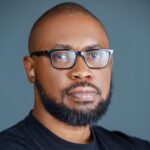 “We remain super focused on making digital commerce and financing both accessible and affordable to neighbourhood retailers across key cities in Africa.

We are delighted to be joined by an elite group of new investors and have IFC’s Wale Ayeni and Brian Odhambo of Novastar joining our Board of Directors, to support us on this journey to drive growth and prosperity across the continent,”

This is the largest Series B for a B2B ecommerce platform in Africa, both by equity and debt, the TechCrunch report said. Further, the company has grown to 100,000 merchants now, from 40,000 merchants last year, with its gross market value surging by 5x.