The development of Africa’s top fintech hubs is closely connected with how robust its regulatory landscape is, a new report by Afriwise points out.

The report, titled “Catch me if you can: How regulators will impact Africa’s Fintech sector,” notes that the top fintech hubs in Africa – South Africa, Nigeria, Kenya and Egypt – were also those that had comparatively stronger financial regulatory ecosystems. These four countries attracted 80% fintech funding last year.

In countries beyond these hubs, where fintech regulation does not exist, the absence of regulations exposes both users and fintech service providers to risks, keeping investors at bay, the report said.

Further, “early signs” indicate that African regulators and governments are aware of the balance between fintech development and regulation, and the need to act quickly. For instance, regulators in Kenya are now closely looking at payment services, digital lending and virtual currencies, the report said. 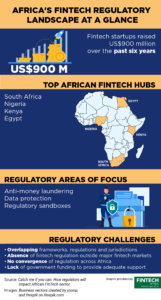 What African regulators are prioritizing

The Afriwise report highlighted some areas of regulatory interest, predicting that African regulators were likely to pay more attention to these areas going forward.

At the top of the list was anti-money laundering (AML). Concerns over AML compliance are growing. 71% of financial institutions in this global survey said they were seeing increased regulatory scrutiny in this space in 2020. The trend was attributed to the rise of crypto services, legislative changes in AML laws worldwide, and growing international pressure by the Financial Action Task Force.

Africa has a lower risk of detection due to weaker compliance programmes, the report said. However, it noted that to bring in foreign direct investment, regulators are likely to up the scrutiny on AML, including KYC checks and measures to address financial crime.

For instance, AML has become a focal area for regulators in Mauritius, the report noted. 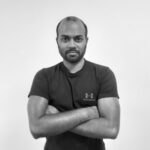 “Mauritius was added to the European Union’s revised list of high-risk countries that have “strategic deficiencies in their AML and counter terrorist financing frameworks” on 7 May 2020. Since this, Mauritius is striving to reassure investors and has sought to get on top of anything that could relate to AML and fraud,”

Suyash Sumaroo, CEO of Codevigor and Horizon Africa, said in the report.

Regulators are also looking at data protection, with 24 African countries adopting regulations aimed at the protection of personal data last year. Increased activity in this space can be expected, the report noted, including fintech-specific data protection laws. In Nigeria, for example, the National Information Technology Development Agency has been doubling down on data regulation.

Regulatory sandboxes are also gathering attention in Africa. The Securities and Exchange Commission (SEC) in Nigeria is working on a regulatory sandbox to be launched in Q3 this year, while the Central Bank of Nigeria issued a Framework for Regulatory Sandbox Operations in Nigeria.

Meanwhile, sandboxes have been set up as early as 2017 in Rwanda (by the National Bank) and 2019 in Kenya, by the Capital Markets Authority. The Kenyan sandbox received 24 applications as of May this year, with innovations including crowdfunding and digital analytics. Some of these have also been approved for commercialisation in the country.

A key challenge faced within fintech regulation in Africa is an overlap in regulations, frameworks, authorities and their jurisdictions.

For instance, the report highlights how in Nigeria (a front-running fintech hub), both the SEC and the Central Bank of Nigeria contradicted each other in April this year, when they claimed that they would be the main regulators of crypto in the country. Discussions over this are still ongoing.

This leads to a lack of clarity and depth in regulatory measures, and regulators are left “continually playing catch up.”

It also makes the regulatory landscape ambiguous for startups and institutions. In the case of Tanzania, for example, crypto has been banned since 2019. At the same time, the report notes that Tanzanian President Samia Suluhu Hassan has previously said that “many countries in the world have not accepted or started using these currencies. However, I would like to advise the central bank to start working on those issues. Just be prepared.”

Meanwhile, outside of these fintech hubs, there is little to no regulation for fintech. This leads to a high degree of market risks, leaving investors unwilling to dip their toes in these markets.

And finally, inadequate funding for training, or to set up government bodies equipped to address fintech regulation, further hamstrings progress in this space.

There are clearly several moving pieces in the African fintech regulatory landscape as of now. On their own, startups cannot do much apart from speculate. As African regulators work on smoothing out the edges, developments are likely to result in some chaos and “knee-jerk regulatory reactions” short term, the report advised.

To this end, African fintech companies will want to look closely at building relationships with regulators, and keeping pace with their agendas. 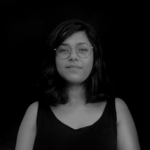