Zimbabwe, Togo and Zambia Showed Significant Growth in Fintech Interest Since the Past Year

Over the past year, Latvia, Zimbabwe and Israel have witnessed the highest surge in fintech interest worldwide, an analysis by the Fintech News Network found.

Google Trends data between April 2020 and April 2021 show that search queries for fintech and related topics including mobile payments, blockchain, open banking, insurtech and virtual banking, saw the strongest growth in Latvia. This comes on the back of a booming fintech sector and new favorable regulation to be introduced.

Boasting 118 fintech startups, Latvia has leveraged its established legacy as a former center of finance for the Central and Eastern Europe (CEE) to become a burgeoning fintech hub comprising worldwide recognized players including Mintos, Creamfinance, Twino and Bitfury.

A July 2020 report by Swedbank Latvia says that one in five new Latvian startups operate in the fintech sector, with most focusing on business-to-business (B2B) solutions. 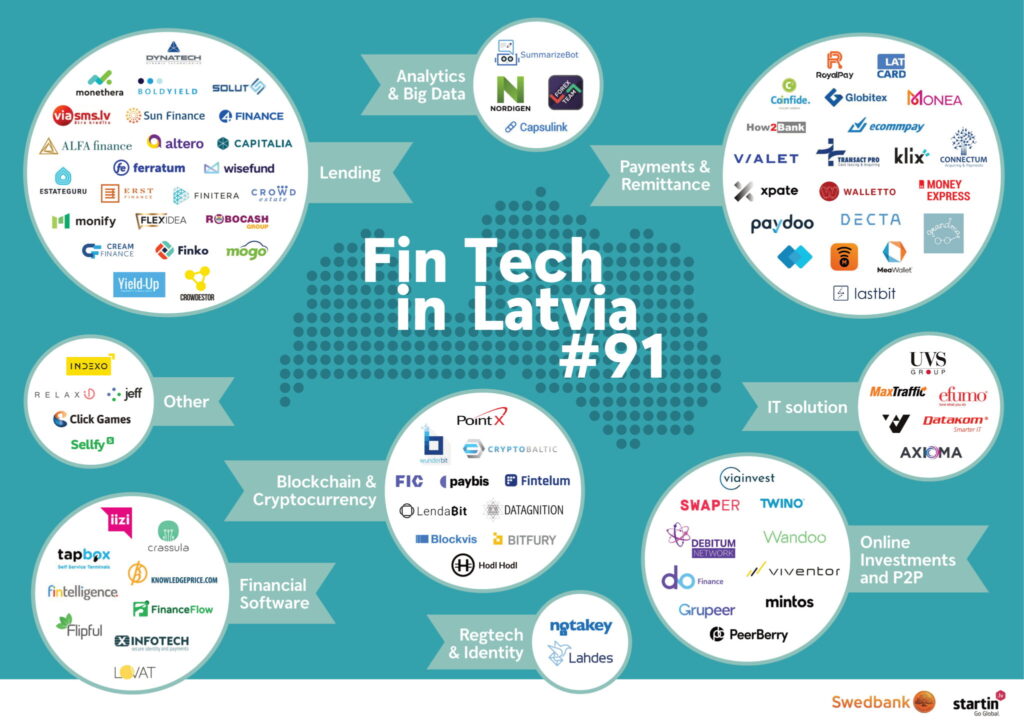 Latvia, which is considered by many as one of the most startup-friendly countries in the world, is currently working on two national policies to support the ecosystem: a national startup support policy, and a dedicated fintech strategy to support the rapidly-growing vertical.

The fintech strategy is being developed by a dedicated workgroup made up of the Ministry of Finance, the Financial and Capital Market Commission of Latvia, fintech industry representatives, banks, the Investment and Development Agency of Latvia (LIAA), and various professional industry associations. It aims to identify and reduce any barriers to the industry’s startup growth, and is expected to be finalized by October 31, 2021.

To date, fintech growth in Zimbabwe has largely been driven by digital payments on the back of macroeconomic instability, cash shortages and aggressive marketing by players such as mobile money leader EcoCash (Econet), the report says. It notes that since 2016, digital payment usage has surged with volume rising more than 434% from just 367 million transactions to 1.96 billion in 2018.

The Reserve Bank of Zimbabwe (RBZ) opened applications for its new fintech regulatory sandbox in March 2021, allowing companies to test out innovative products in a controlled environment.

Israel is another country that has witnessed a significant surge in fintech interest, ranking third worldwide in Google search query growth during the April 2020 – April 2021 period.

According to data from Bank of Israel, the country is currently home to about 600 fintech companies including global leaders like Fundbox, Riskified, BioCatch and eToro.

Over the past year, several new regulations were introduced, further continuing the momentum. These include a fintech regulatory sandbox, a new payment services regulation, and an open banking reform strategy.

Besides Latvia, Zimbabwe and Israel, other countries that have recorded strong growth in fintech interest include Togo, Vietnam, Luxembourg, Cuba, Sri Lanka and Zambia. 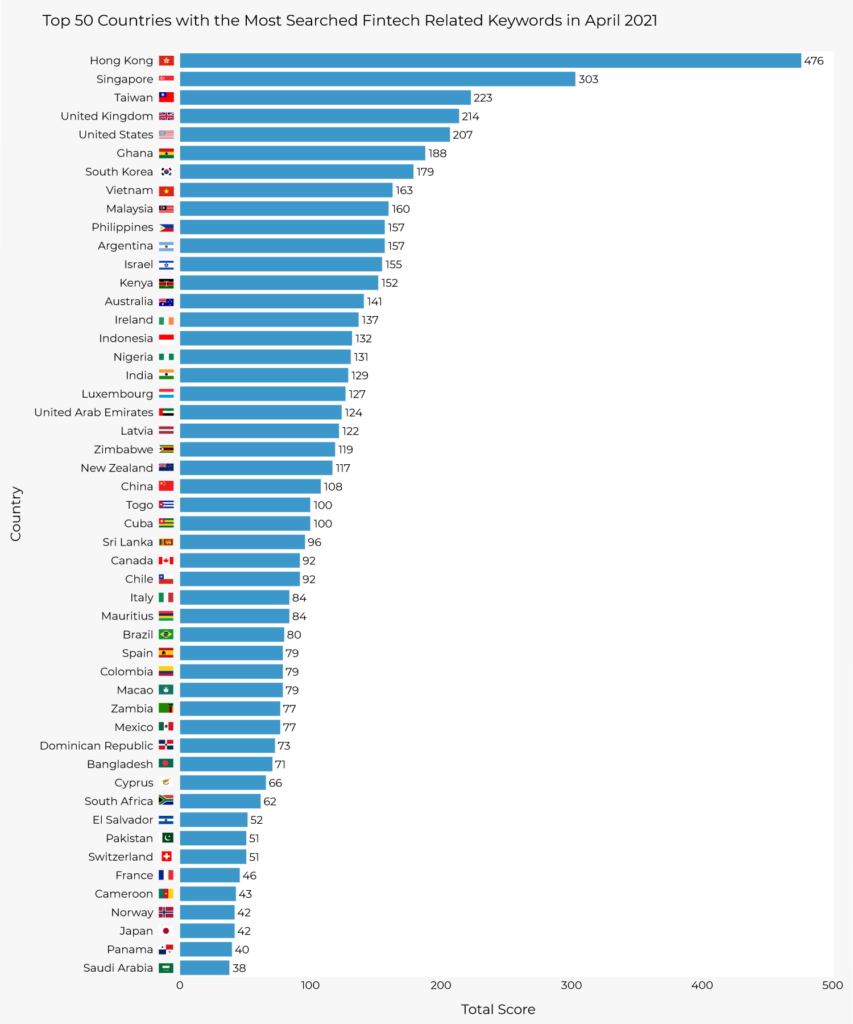 Globally, Hong Kong ranked first in fintech Google search queries in April 2021. “Regulatory technology”, “insurtech” and “personal finance” were the most searched fintech-related keywords during that month, the analysis found.

Hong Kong, one of the world’s largest and most dynamic fintech hubs, has been focusing on developing its regtech vertical, launching in March 2021 the Global Regtech Challenge. The competition, designed to raise the Hong Kong banking industry’s awareness of the potential of regtech, is one of the key highlights in the Hong Kong Monetary Authority (HKMA)’s two-year roadmap to promote regtech adoption.

Singapore was the second country with the most searched fintech-related keywords in April 2021, with “insurtech”, “financial technology” and “lending” leading search queries.

Singapore is Southeast Asia’s leading fintech hub, hosting 40% of the region’s fintech companies, over 100 incubators, 40 innovation labs and 150 venture capitalist investors, according to a December 2020 report by Oliver Wyman and the Singapore Fintech Association.

Grab Financial Group (GFG)’s massive S$417 million Series A funding round in January made up 63% of all Q1 2021 fintech funding.

Grab, which offers an array of digital services such as transportation, delivery, online banking, mobile payments, and insurance services, is now working on launching a digital bank with Singtel.

The firm is set to go public through the largest blank-check merger to date, valuing at nearly US$40 billion.

After Singapore, Taiwan was the third country that searched fintech topics the most in April 2021, the analysis found, with “personal finance”, “open banking”, and “insurtech” being the most searched keywords.

Taiwan has been a fintech laggard in Asia but the past year has since the government committing to fostering growth in the sector.

In August 2020, the Financial Supervisory Commission (FSC) unveiled its fintech development roadmap for the coming three years, which includes plans to relax regulations on consumer data sharing and corporate account opening as well as a new fintech license.

Other top ten countries in fintech Google search queries include the UK, the US, Ghana and South Korea, the analysis found.

This article first appeared on FintechBaltic.com