With more than 112 million people, Ethiopia is the second-most populous nation in Africa and is home to the fastest growing economy on the continent registering double-digit year-over-year growth for the past 10 years.

Nearly 65% of Ethiopia’s population is under 25 years old, and there are some 45 million mobile subscribers with 17 million smartphones, showcasing the proliferation of mobile devices.

At the same time, Ethiopia is also one of the poorest in Africa with a per capita income of US$850, according to data from the World Bank, and 65% of its adult population is unbanked.

With hopes to bring Ethiopia into the digital era, promote innovation and improve financial inclusion, big reforms are currently underway.

In March, the National Bank of Ethiopia issued a new Payments Instruments Issuers Directive, allowing local non-bank actors, including mobile network operators, to offer mobile money services — a significant change in a market where digital financial services offerings have historically been under the strict purview of traditional banks.

This was followed in June by the Council of Minister approving Digital Ethiopia 2025, a national digital transformation plan that seeks to embrace cutting edge technologies to ensure economic growth and social development.

These new developments are expected to boost Ethiopia’s fintech sector, which industry observers and participants are confident will become the next fintech hub in Africa.

Already, investors are increasingly looking at the Ethiopian startup scene. Last year, Ethiopia saw the biggest increase in startup funding, jumping 9,160% to US$2.3 million, according to a new report by regional startup news and research portal Disrupt Africa. 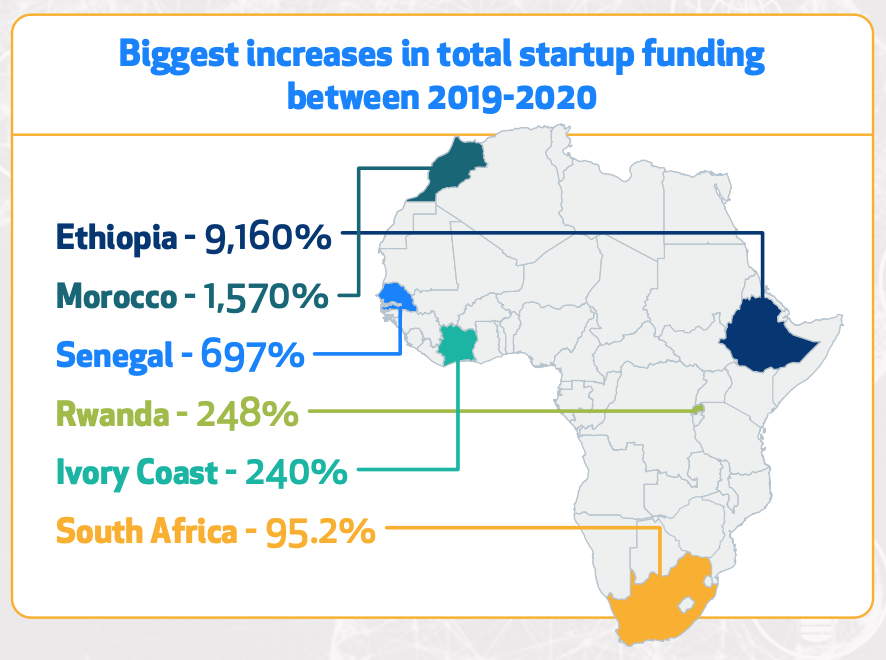 At present, Ethiopia’s fintech industry is relatively small compared to the likes of South Africa, Nigeria and Kenya, leaving plenty of space for growth.

The sector is dominated by payment and mobile money startups and brands such as M-Birr, a provider of mobile money services. M-Birr’s services are intended to facilitate money transfer and mobile payments, allowing users to deposit and withdrawal money from mobile wallets as well as make utility bill payments and pay for offline purchases.

M-Birr has signed up 1.8 million users since launching in 2015 and has a network of almost 33,000 points-of-presence covering branches, agents and other merchants. Its backers include the European Investment Bank, which invested EUR 3 million in 2018, the bank’s first mobile fintech investment on the African continent.

Kifiya and BelCash Technologies are two other payment startups from Ethiopia. They both recently inked partnerships with Visa focusing on digital payments and cross-border payments, respectively.

ArifPay is a new player on the scene, being established just in February 2021. ArifPay is behind the country’s first a mobile point-of-sale (mPOS) system, which allows ATM card holders to make electronic transactions on smartphones. The startup recently raised US$3.5 million in funding and is currently awaiting for its license from the National Bank of Ethiopia.

Other payment startups in Ethiopia include ebirr, an mobile money solution provider, YenePay, which specializes in online payments, and Chapa, a forthcoming payment platform.

Despite payment being the most developed segment in the Ethiopian fintech industry, other segments are also represented. Agarfund is Ethiopia’s first and largest crowdfunding platform, while Equb is a new savings app.